We would like to offer our sincere support to anyone coping with grief. Enter your email below for our complimentary daily grief messages. Messages run for up to one year and you can stop at any time. Your email will not be used for any other purpose.

Share a memory
Obituary & Services
Tribute Wall
Read more about the life story of Wayne and share your memory.

Mr. Wayne Ivey of Gordon, Georgia passed away on Friday June 17, 2022. Graveside services will be held on June 21, 2022 at 10:00am from Rose Hill Cemetery Gordon, Georgia. Wayne was born to Ms. Ruby N. Ivey of Gordon, Georgia on December 24, 1956. He attended Wilkinson County Public and graduated from Wilkinson County High School. At an early age he joined St. John C.M.E. church. Mr. Ivey preceded in death by his Grandmother Ms. Veneer Robinson. Survived by his mother Ms. Ruby Ivey of Gordon, Ga. Two brother's Mr. Larry Ivey of Brimingham Al., and Mr. Lance Ivey (Nicki Ivey) of Dallas Ga. Three sister's Ms. Brenda Jackson of Gordon, Ga., Mrs. Rosalyn Shinholster (Larry Shinholster), and Mrs. Stephanie King (Reginald King) of Macon, Ga. along with several nieces and nephews. He was a well-known person in the community. His sense of humor was unmatched as was his kind words. He will live in our hearts and memories forever. Gone but not forgotten.

You may express your condolences on our guestbook.

To send flowers to the family or plant a tree in memory of Wayne Ivey, please visit our floral store. 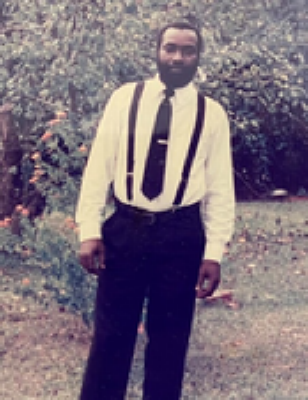 In Loving Memory Of

Look inside to read what others
have shared
Family and friends are coming together online to create a special keepsake. Every memory left on the online obituary will be automatically included in the book.

In Loving Memory Of

Look inside to read what others have shared

Family and friends are coming together online to create a special keepsake. Every memory left on the online obituary will be automatically included in the book.

You can still show your support by sending flowers directly to the family, or by planting a memorial tree in the memory of Wayne Ivey
SHARE OBITUARY
© 2023 Whipple & Allen Funeral Home Inc. All Rights Reserved. Funeral Home website by CFS & TA | Terms of Use | Privacy Policy | Accessibility